Cybersecurity has been a hot topic for quite a while and it’s not likely to change any time soon.

Every new day brings more data breaches and more online scams. No single entity is completely safe, it seems: hackers target both private individuals and companies. The size of an organization doesn’t matter either because the security of even the largest of them such as Yahoo and eBay can become compromised.

Not all cybercriminals are ambitious enough to go after corporate giants. Sadly, some also have smaller businesses covered. And when the security of those gets breached, the losses may look negligible to companies that deal with billions of dollars. For a small, family-run enterprise, such losses often become insurmountable and lead to it going out of business.

One of the main reasons why small companies are such an attractive target for hackers lies exactly in their size. Because of it, these businesses can’t afford to spend a lot of money on their Internet security. They can’t afford large teams of security specialists that – for all the owners know – may never actually prove useful. Obviously, such an idea is wrong, but as long as there are no apparent breaches (which situation can very well be a result of the said specialists’ work), it’s hard for some people to see value in supporting such a team.

It’s possible, of course, to find free or low-cost solutions and to save on one’s cybersecurity. But is it a responsible thing to do?

It’s been said time and again that when something is free, it’s because you are the product. Money spent on providing that free solution must come from somewhere, after all.

There are a few ways in which money can be made off of customers who use free cybersecurity software:

Besides that, there are definite concerns about the levels of security and protection that those free solutions can provide. As they are free, it’s somewhat unreasonable to expect them to have the best

If a business becomes a target of a data breach, it doesn’t only endanger that business. Its clients’ personal data may also be obtained by the perpetrator, and that’s bad news for both the clients and the company’s reputation.

That’s why I don’t think it’s the best decision for a business to rely exclusively on free cybersecurity software. It may be enough to protect it but the chances are not terribly high.

However, the question of money still stands. Yes, in the case of a breach the company is going to lose even more, but it doesn’t make the wherewithal to get professional security tools just magically appear. So what can be done?

Although finding the balance between security and keeping costs neutral is not an easy task for smaller businesses, it is necessary to take care of it. In the long run, the potential price of negligence is going to be much higher than spending on protection.

Dean Chester is a cybersecurity expert and author. He is absorbed in online security and takes all measures to ensure that non-tech-savvy users can be protected on the Internet.

If it’s a private individual we’re talking about, it’s obviously up to them to decide if they want to skimp on their security or not. However, as far as companies are concerned, things are more complicated. 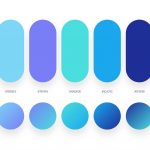 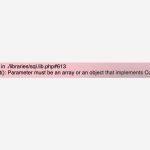